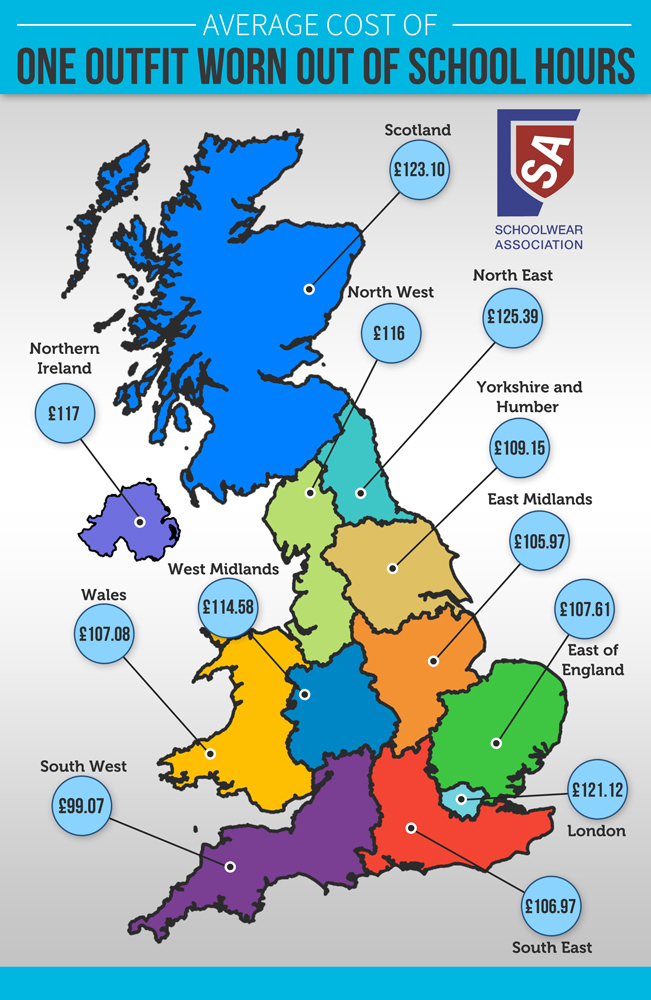 The Schoolwear Association has commissioned new research that challenges criticism of school uniform and proves its value to government, local authorities, schools and parents.

The study, completed by Oxford Brookes University on behalf of the association, shows school uniform costs on average just 45p per school day, and the real drain on many family budgets is the clothing children wear when they’re not in school.

The organisation will use the collected data to fight back against criticism that uniform is too expensive, which is often based on poor research or untypical examples.

It is the latest stage in the association’s quest to prove to head teachers and parents that quality, school-specific uniform is good value for money in the long run.

Through a communications and public affairs programme, the association is working to convince government, local authorities, parents, teachers and governors to:

The new research reveals the average secondary school outfit comes in at a modest £88.05, just 45 pence per school day. With a PE kit, the total averages £127.32. Primary school uniform comes to £33.48 and with a PE kit this figure rose to £42.32. But on the other hand, a separate poll of 2,000 parents shows they typically spend more on outfits their children wear outside of school than they do on uniform with almost half dressing their children in high street and designer fashions. The average non-uniform outfit came in at £113, with Nike, River Island, Adidas, Superdry and Topshop/Topman among the most popular brands.

David Burgess, chairman of the Schoolwear Association, said: “For hard-pressed families, school uniform represents real value, especially when compared with the outfits children would choose to wear when they are out of school. In fact, it can be even better value than these figures suggest because many items last more than a year, particularly blazers which are typically the most expensive uniform item.

“We completely understand that for the poorest in society, uniform is a major expense but most schools have arrangements to look after them, and many of our members contribute to those schemes by providing free uniform to those in need. Most parents can afford to buy their children’s uniform, and like teachers, they agree that quality, school specific uniform contributes to better education and behaviour. It is a worthwhile investment, and we believe every child is worth it.”

By building support among parents, and working in the local communicates with schools, the association believes head teachers and governors will be supportive of the benefits of quality school specific uniforms, and therefore more likely to specify these uniforms from local association members rather than generic school clothing.

Established in 2006, the Schoolwear Association is a voluntary body of members including suppliers, retailers, manufacturers and wholesalers whose members collectively clothe more than three quarters of Britain’s school children. Its Code of Practice requires members to ensure that garments are produced in an ethical manner both in terms of employment and attitude to the environment.